Green Forensics was hired to examine a shooting event involving at least three weapons which occurred in the driveway of an apartment complex.  Over 25 shots were fired.  One vehicle remained on scene at the time of first response.  A total station was employed by the responding agency to record the locations of bullets, impacts, fired cartridge cases, weapons, blood, and the vehicle.

GFI investigated the scene months after the event and documented the area with a FARO X330 laser scanner.  Although the original vehicle was no longer available GFI located  a car of the same make model and year at a local dealership.  That vehicle was scanned and, using points recorded by the responding agency using a total station, was “placed” back into the scene.

The following images and video show the point cloud representation of the vehicle in the driveway as it was on the night of the event.  Some trajectories were able to be obtained using the scan data and are represented by the red cones.  The images demonstrate the value of the FARO scanner and its ability to aid in reconstruction of events and assessment of the viability of witness statements.  Perhaps most importantly it is an easy and accurate way to represent the scene to a jury. 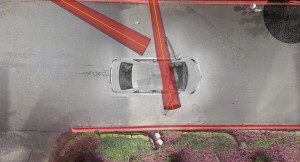 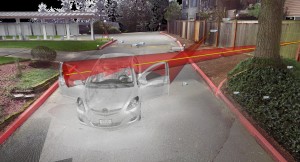 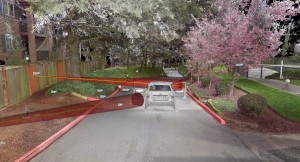 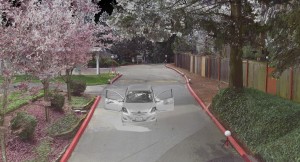 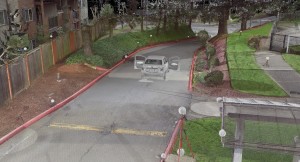 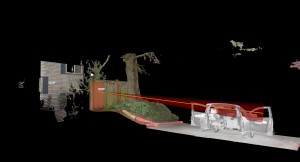 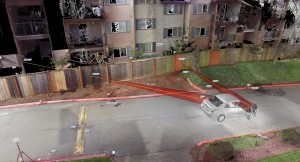 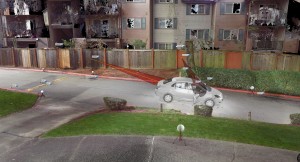